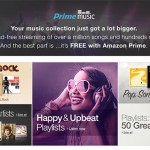 Remember all those rumors about Amazon launching a music streaming service? Well, they were absolutely true: Amazon pulled back the curtain on Prime Music earlier today, which gives paying Prime subscribers access to over a million songs for no additional cost and without a single obnoxious ad in earshot. Amazon Digital Music VP Steve Boom told us that customers have been clamoring for this little development for ages now — here are a few answers to the burning questions surrounding Amazon’s newest media play. How do I get it? Assuming you’ve already paid Amazon for the year, you can use one of its existing Cloud Player apps for iOS, Android, OS X, Windows and the web to start digging through that catalog of free tracks. Speaking of which, doesn’t the name “Cloud Player” seem a little clunky? Amazon seemed to think so, because all those apps will fly under the new “Amazon Music” banner starting today. If you’ve got a Kindle Fire HD or HDX kicking around, they’ll get an automatic update that grants them access to that gratis music — we’re keeping our eyes peeled and will update you once it goes live.​ What does it do for me? There are already plenty of streaming services out there, but Amazon’s lateness to the game only means it had time to figure out what its rivals were getting right. You can, for example, save high-quality Prime tracks to your device for offline listening (take that Pandora). Itching for the perfect party mix? You can check out curated playlists for specific moods and activities (sorry Songza). Meanwhile, one of Amazon’s mainstays will help you discover music to add to your collection — Prime Music will chew on your preferences to recommend other artists and albums worth checking out. For now you’ll just get recommendations based on your what you’ve listened to, but Boom said it wouldn’t be impossible for future suggestions could draw from a wider array of shopping signals. What’s the catch? Here’s the rub, friend: Amazon’s library pales in comparison to the over 20 million tracks available with services like Spotify or Rdio. Sure, some big names are part of the deal — Daft Punk, Bruno Mars, Beyoncé, Celine Dion, Bruce Springsteen — but a closer look at the catalog reveals there’s nothing there that’s currently racing up the charts. The only one of Billboard’s current top songs that can be found in Prime Music is John Legend’s All Of Me , and that’s only because it first charted back in 2013. Boom promised that the catalog would grow at a steady clip, but make no mistake — unless Amazon’s licensing deals change drastically, Prime Music won’t be your source for the hottest new releases. So why does this exist? “We’d love it if people spent all their time listening to Prime Music, ” Boom noted. “But music isn’t a zero-sum game.” He’s got a point. The company has always said it goal is more about delighting customers than crushing competitors, and one need only look at its catalog to see why it isn’t a huge threat to others… yet. The service’s real value seems clear. Prime Music is another way to make that $99 annual subscription fee seem even more valuable. Think about it: in addition to getting ridiculously fast shipping and loads of premium video, you now have access to a small (but not insignificant) pool of music to flesh out your collection. It’s no secret that Prime customers buy more than regular ones do , and that’s what’s going to fuel Amazon’s continued dominance. The company has been around since 1995, and it survived a bursting tech bubble to become a global force — in short, it lives to play the long game. Comments

More:
What you need to know about Amazon Prime Music 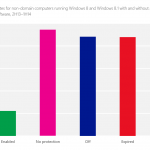 Expired antimalware software is nearly as unsafe as having no protection...