Mr_Blank writes “We all know — because we are being constantly reminded — that we are getting fat. Americans are at the forefront of the trend, but it is a transnational one. Apparently, it is also trans-species: Over the past 20 years, as the American people were getting fatter, so were America’s laboratory macaques, chimpanzees, vervet monkeys and mice, as well as domestic dogs, domestic cats, and domestic and feral rats from both rural and urban areas. Researchers examined records on those eight species and found that average weight for every one had increased. The marmosets gained an average of 9% per decade. Lab mice gained about 11% per decade. Chimps are doing especially badly: their average body weight had risen 35% per decade. What is causing the obesity era? Everything.” Read more of this story at Slashdot.

Continue reading here:
What’s Causing the Rise In Obesity? Everything. 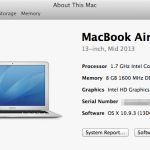