When Roman Mazurenko died, his friend Eugenia Kuyda created a digital monument to him: an artificial intelligent bot that could “speak” as Roman using thousands of lines of texts sent to friends and family. From the report: “It’s pretty weird when you open the messenger and there’s a bot of your deceased friend, who actually talks to you, ” Fayfer said. “What really struck me is that the phrases he speaks are really his. You can tell that’s the way he would say it — even short answers to ‘Hey what’s up.’ It has been less than a year since Mazurenko died, and he continues to loom large in the lives of the people who knew him. When they miss him, they send messages to his avatar, and they feel closer to him when they do. “There was a lot I didn’t know about my child, ” Roman’s mother told me. “But now that I can read about what he thought about different subjects, I’m getting to know him more. This gives the illusion that he’s here now.” Read more of this story at Slashdot.

Excerpt from:
When Her Best Friend Died, She Rebuilt Him Using Artificial Intelligence 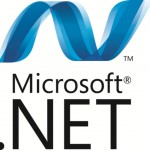