As of January 2012 the Gross Domestic Product (GDP) of the United States is still roughly two-times that of China’s GDP ($14.58 trillion vs. $5.88 trillion). It’s this differential that is responsible for America’s diplomatic might around the world, but all indications are that the balance is about to tip. No one knows exactly when China’s rocket-strapped economy will speed past the United States’ but one of the world’s leading publications has created a fascinating interactive calculator that juggles the hugely complex variables involved (notably China’s GDP growth), providing an easy to understand window into when the transition might occur. When The Economist published their interactive feature last week they prefaced it with the following: “Over the past ten years, real GDP growth averaged 10.5% a year in China and 1.6% in America; inflation (as measured by the GDP deflator) averaged 4.3% and 2.2% respectively. Since Beijing scrapped its dollar peg in 2005, the yuan has risen by an annual average of just over 4%. Our best guess for the next decade is that annual GDP growth averages 7.75% in China and 2.5% in America, inflation rates average 4% and 1.5%, and the yuan appreciates by 3% a year. Plug in these numbers and China will overtake America in 2018. Alternatively, if China’s real growth rate slows to an average of only 5%, then (leaving the other assumptions unchanged) it would not become number one until 2021.” The Economist has graciously allowed embedding of their calculator and you can play around with it below. For more terrific news and insights such as this be sure to visit The Economist and The Economist’s Blog. To play with the calculator simply change the numbers in the red and blue columns below. To expand the very bottom graph all you have to do is click on it. 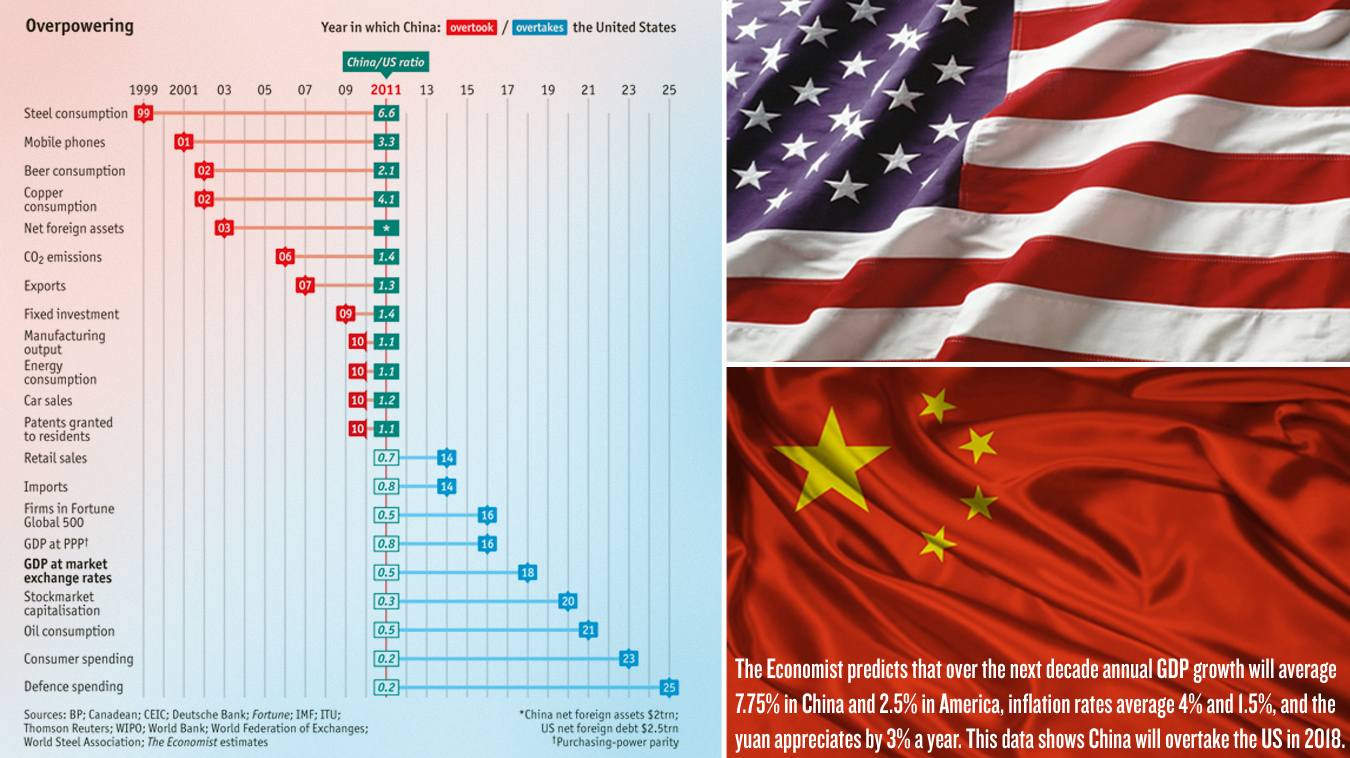 Read the article:
When Will China’s Economy Leapfrog The U.S.? Check Out This Brilliant Calculator From “The Economist”