Andreas Kolbe writes: The Wikimedia Foundation’s (WMF) recently released Form 990 shows that the organisation has developed a practice of handing outgoing managers six-figure severance payments, The Register reports. The foundation, which relies entirely on unpaid volunteers to generate the content of its websites, has taken around $300 million dollars over the past five years through fundraising banners placed on Wikipedia. The WMF says it is “committed to communicating with our volunteers, donors, and stakeholders in an open, accountable, and timely manner”, but has long been criticised for providing little transparency on the salaries of its executives, limiting itself to the legally required Form 990 disclosures that only become public two years after the event. Read more of this story at Slashdot.

Why Seeing Interstellar in 70mm Might Just Be Worth the Effort 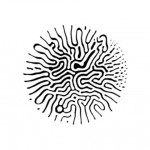 Watch a large ship getting deformed from the inside in a...