Flickr’d It certainly looks that way . The country has been having a national discussion ever since the Japan nuclear crisis , and the consensus seems to be that nuclear http://www.bbc.co.uk/news/world-asia-pacific-12825342 isn’t worth the risk. Instead, the country will embrace alternative forms of energy, including renewable sources. 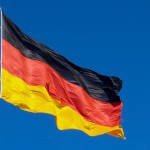