Winamp , the AOL-owned mp3 player of yore, will close up shop for good on December 20th, which means you have exactly one month from today to use the service — if you’re still using it, that is. In addition to shutting down Winamp.com, AOL and co. will no longer offer downloads of the media player. It’s hardly a surprising announcement, but it’s a slightly glum one considering Winamp’s popularity in the late nineties and early aughts. Go ahead, you have our permission to get nostalgic for a moment or two. Filed under: Internet , Software Comments Via: Ars Technica Source: Winamp.com

View post:
Winamp, the media player of your college years, is shutting down next month 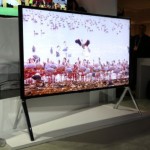 4K Is Officially the Next Dumb Format War