Microsoft’s big push into mixed reality involves headsets from multiple manufacturers (including ASUS, Dell, HP, Lenovo), and developer kits with Acer’s headset will begin a phased rollout this month. But Windows 10’s latest “Insider Preview” build already includes a mixed reality simulator with a first-person 3D environment that can be navigated with the W, A, S and D keys. Slashdot reader Mark Wilson writes: From the look of the changelog for Windows 10 build 15048 that was released a few days ago to Insiders, it looked to be little more than a bug fixing release. But in fact Microsoft has already started to include references to — and even a portal for — Windows Mixed Reality. We have seen reference to Windows Holographic in Windows 10 before, but this is the first time there has been anything to play with. It coincides nicely with Microsoft revealing that Windows Mixed Reality is the new name for Windows Holographic, and it gives Insiders the chance to not only see if their computer meets the recommended specs, but also to try out a Windows Mixed reality simulation. Read more of this story at Slashdot. 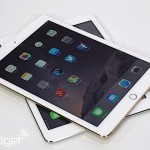 Scientists Made an Unbreakable Smartphone Screen From Clear Electrodes