Startup uses ultrasound chirps to covertly link and track all your... 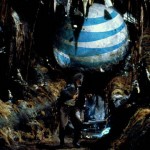 How AT&T Collects Call Records, According to an Employee