MIT’s Dynamic Shape Display is Like a Sandbox in California that... 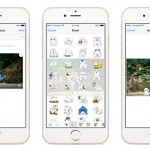