Taken from:
Windows 10 hits 500 million devices, growing by two-thirds in a year 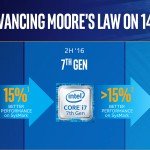