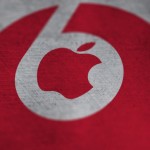 Apple Buys Beats Electronics For $3B