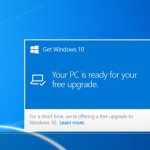 Astronomers Find What May Be the Closest Exoplanet So Far