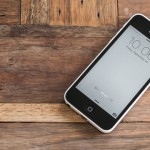 iPhone A7 Chip Benchmarks: Forget the Specs, It Blows Everything Away