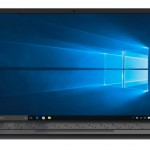 Windows 10 Insiders are greedy but brave souls who want the latest software toys and are willing to take some risks to get them. The latest preview build (14367) gives them a “get out of jail free” card, however, with a new tool called “Refresh Windows.” According to Microsoft, the tool will “install a clean copy of the most recent version of Windows, and remove apps that came pre-installed or that you installed on your PC.” The caveats are that it’s only available to Windows 10 Insider Preview users (of course) and that it will replace the latest version with an older, but more stable Insider Preview build. The tool gives novice users a slightly easier way to do a clean install than the “Media Creation Tool, ” but unlike that app, doesn’t let you download your own ISO. Given the fact that most Insiders will prefer the Media Creation Tool, Refresh Windows seems more at mainstream users in an upcoming Windows 10 release. Should you wish to use it, you’d better back up any content, apps and other personal data, despite the fact that you have the option to keep your personal files. The preview build also includes new languages for handwriting recognition and a keyboard shortcut to access the Feedback Hub. You get numerous fixes and improvements for PCs, like better notifications from your phone to your PC with Cortana and reduced battery drain when using Edge. Windows Mobile customers also get a slew of fixes. Source: Microsoft

More:
Windows 10 preview makes it easier to do a fresh install 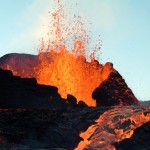