MojoKid writes: Windows 10 isn’t even out the door yet, so what better time than now to talk about its successor? Believe it or not, there’s a fair bit of information on it floating around already, including its codename: “Redstone.” Following in the footsteps of ‘Blue’ and ‘Threshold’, Redstone is an obvious tie-in to Microsoft’s purchase of Minecraft, which it snagged from Mojang last year. Redstone is an integral material in the game, used to create simple items like a map or compass as well as logic gates for building electronic devices, like a calculator or automatic doors. The really important news is that we could see Windows Redstone sometime in 2016. Read more of this story at Slashdot. 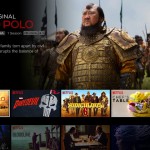 Netflix details its HDR streaming lineup for this year