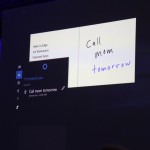 Just because Microsoft is less focused on monolithic Windows releases doesn’t mean it’s forgetting to deliver big upgrades. The company has used Build 2016 to announce an Anniversary Update for Windows 10 that brings some hefty improvements. For one, it brings Windows Hello’s biometric authentication to all kinds of apps, including the Edge browser — you can sign into a website with your fingerprint. Pen support also gets its due with a sticky note app, a sketchpad and virtual drawing tools like a ruler and a stencil. The upgrade brings more advanced gestures and pen input, too, such as erasing words by striking them out. The Anniversary Update arrives this summer, so it shouldn’t be too long before you can give its features a try. Get all the news from today’s Microsoft Build keynote right here , and follow along with our liveblog ! Free for everyone running #Windows10 : the Anniversary Update arrives this summer. #Build2016 pic.twitter.com/pTbtutRNvy — Windows (@Windows) March 30, 2016 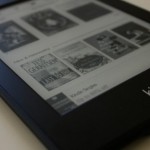 Report: Amazon’s next Kindle Paperwhite will pick up a 300 PPI...