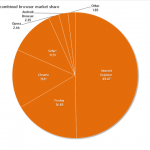 Net Market Share Windows 8 passed a milestone of sorts in June, passing Windows Vista’s market share to become the third-most used version of Windows on the Internet. Internet Explorer 10 continued to show strong growth too, fueled this time by automatic updating. Google Chrome put in a strong performance, offsetting losses made earlier in the year. Its growth was to the detriment of Mozilla’s Firefox, which fell significantly. Net Market Share Net Market Share Microsoft’s browser made a slight gain, up 0.16 points to 56.15 percent (a two year high). Firefox was down 1.48 points to 19.15 percent—the lowest share the open source browser has seen for more than two years. Chrome rose 1.43 points to a 17.17 percent share. Safari was more or less unchanged, up 0.09 points to 5.55 percent. Opera lost 0.19 points for a share of 1.58 percent, a level not seen since August last year. Read 8 remaining paragraphs | Comments 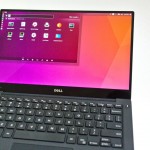 Mint 18 review: “Just works” Linux doesn’t get any better than...