jones_supa writes: Even though the RTM version of Windows 10 is already out of the door, Microsoft will keep releasing beta builds of the operating system to Windows Insiders. The first one will be build 10525, which introduces some color personalization options, but also interesting improvements to memory management. A new concept is called a compression store, which is an in-memory collection of compressed pages. When memory pressure gets high enough, stale pages will be compressed instead of swapping them out. The compression store will live in the System process’s working set. As usual, Microsoft will be receiving comments on the new features via the Feedback app. Read more of this story at Slashdot.

After 23 years, the Apple II gets another OS update 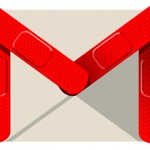 Gmail Has Been Blocked in China