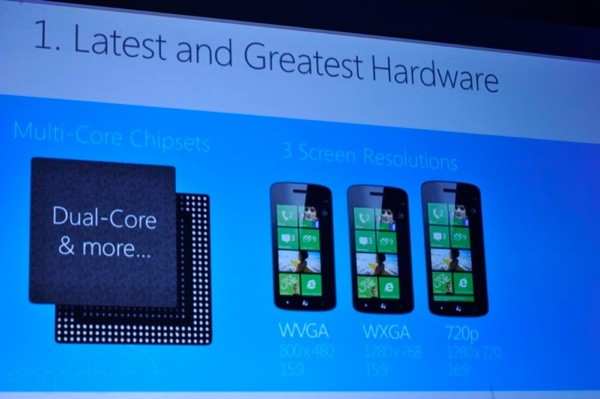 Microsoft is on stage at the Windows Phone Developer Summit offering us a bite of what’s to come in Windows Phone 8, and one of the tastiest morsels may just be the noticeably more diverse hardware it will support. The new platform won’t just support dual-core processors — it will support as many as 64 cores, should such massively parallel chips come to exist in the platform’s lifetime. Also gone is that long-criticized 800 x 480 display resolution ceiling: if phone builders like, they can either opt for the increasingly common 1280 x 720 or a rarer 1280 x 768. A few subtler feature parities are coming with the upgrade, such as NFC for tags and payments as well as a long, long requested support for SD cards beyond the crude initial expansion. All told, Microsoft just brought Windows Phone right up to hardware parity with its biggest rivals, and possibly a bit beyond.

To check out the latest updates from Microsoft’s Windows Phone event, visit our liveblog!