prisoninmate shares a report from Softpedia: The Wine (Wine Is Not an Emulator) project has been updated today to version 3.0, a major release that ends 2017 in style for the open-source compatibility layer capable of running Windows apps and games on Linux-based and UNIX-like operating systems. Almost a year in the works, Wine 3.0 comes with amazing new features like an Android driver that lets users run Windows apps and games on Android-powered machines, Direct3D 11 support enabled by default for AMD Radeon and Intel GPUs, AES encryption support on macOS, Progman DDE support, and a task scheduler. In addition, Wine 3.0 introduces the ability to export registry entries with the reg.exe tool, adds various enhancements to the relay debugging and OLE data cache, as well as an extra layer of event support in MSHTML, Microsoft’s proprietary HTML layout engine for the Windows version of the Internet Explorer web browser. You can read the full list of features and download Wine 3.0 from WineHQ’s website. Read more of this story at Slashdot. 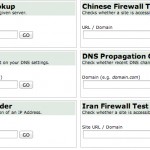 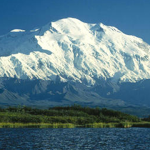 Mount McKinley Has Shrunk By 83 Feet

The Golden Age of Jailbreaking Is Over