An anonymous reader quotes a report from Ars Technica: The Wisconsin Assembly voted 59-30 on Thursday to approve a bill to give incentives worth $3 billion to Taiwan-based Foxconn so that the company would open its first U.S. plant in the state. Foxconn, best known for supplying parts of Apple’s iPhones, will open the $10 billion liquid-crystal display plant in 2020, according to Reuters. The bill still has to be approved by a joint finance committee and the state Senate. Both houses of Wisconsin’s legislature are controlled by Republicans, and the deal is supported by Wisconsin Governor Scott Walker, a Republican who negotiated the deal. The vote was largely, but not entirely, along party lines. Three Democrats joined 56 Republicans in supporting the deal. Two Republicans and 28 Democrats voted against it. Opponents said the deal wasn’t a good use of taxpayer funds. The $3 billion incentives package includes about $2.85 billion in cash payments from taxpayers and tax breaks valued at about $150 million. The state is also waiving certain environmental rules. Read more of this story at Slashdot. 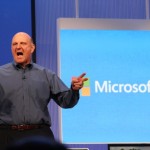 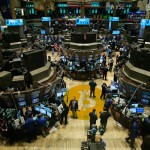