schwit1 quotes a report from Digital Trends: In this generation of self-starters and self-made women and men, do-it-yourself isn’t just an option, it’s a way of life. And if there’s not an app for that, chances are there’s a YouTube video for it. That was certainly the case for a woman named Cara Brookins, who is living proof that if you’re willing to learn, you absolutely can. In 2008, Brookins was in the midst of a family struggle, having left a husband she called “violent and abusive.” Looking to make a fresh start for herself, she took the idea of rebuilding quite literally, perhaps using the physical experience of constructing a house as an extension of her emotional and mental journey. Though she had no previous experience in construction or architecture, Brookins found a series of YouTube tutorials on building a home and got to work. Over the course of nine months, Brookins worked tirelessly with the help of her four children to build a new home for themselves. “I had rented this cabin for a Thanksgiving getaway, ” the mother of four told CBS News. “And driving there, we passed this house that had been ravaged by a tornado. It was this beautiful dream house and it was sort of wide open. You don’t often get the opportunity to see the interior workings of a house, but looking at these 2x4s and these nails, it just looked so simple. I thought, “I could put this wall back up if I really tried. Maybe I should just start from scratch.'” Read more of this story at Slashdot.

More here:
Woman Built House From the Ground Up Using Nothing But YouTube Tutorials 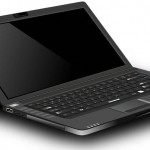 Watch a piece of aluminum levitate and melt at the same...