Enlarge / Viral gold. (credit: Getty | UniversalImagesGroup ) Plumbing the depths of women’s bladders may shower researchers with viral gold. In a wee survey, Loyola University researchers found a sac-like organ brimming with never-before-seen viruses that can kill and manipulate bacteria . Their findings, published this week in the Journal of Bacteriology , offer a first-pass catalogue of the rich diversity of bacteria-infecting viruses—aka “phages” or “bacteriophages”—in the bladder microbiome. The researchers suggest that further studies into the streaming viruses could one day lead to phage-based methods to void bacterial infections and identify disorders. “The thought that there’s not bacteria in urine is false,” Catherine Putonti told Ars straight away. Putonti, a bioinformatics researcher and microbiologist at Loyola, is the leading author of the study. “The big picture is that there are a lot of viruses that are part of these bacterial communities as well.” Read 12 remaining paragraphs | Comments

Read the article:
Women’s bladders brim with never-before-seen viruses that can kill bacteria 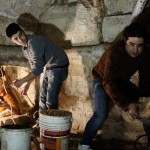