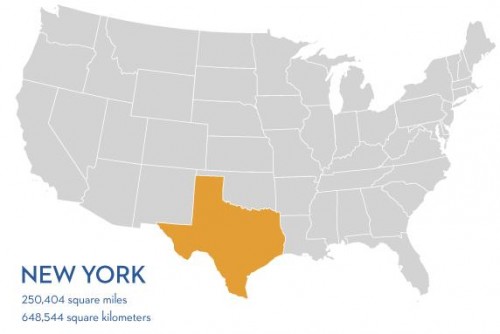 What if the entire world’s population lived in one giant mega city? That’s probably a really bad idea, but it’s an interesting thought to give us an idea of just how many people are out there. These illustrations show how big this city of the world would be based on the population density of different real cities. If everyone in the world lived in one giant city with the population density of New York, everyone could fit in a land mass the size of Texas.