LOS ANGELES—While Microsoft’s pre-E3 press conference focused largely on newer video games, the event also filled in a pretty major gap for hardware-upgrading holdouts: backward compatibility. Starting later this year, the company’s newest console, the Xbox One, will support a limited number of older Xbox 360 games. Gamers will have two ways of playing old games that are part of the backward-compatible initiative. If users already purchased the games digitally through Xbox Live, they can simply log in and re-download the game on Xbox One without paying any additional cost. If they own the game as a disc, they’ll have to download the game to their Xbox One hard drive, and the system will then check for the disc before launching the game. Technical details on how this works are still unknown. The hardware of the Xbox 360 is very different from the hardware of the Xbox One, and pure emulation of the kind used in console emulators such as MESS and arcade emulators like MAME is technically improbable ; Xbox 360 is simply too fast and too new. The limited compatibility and need to download even those games that are owned on disc suggests to us that some mix of recompilation and emulation is in use. Read 4 remaining paragraphs | Comments

Excerpt from:
Xbox 360 backward compatibility coming to Xbox One 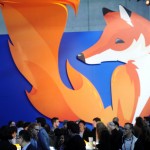 Firefox is finally 64-bit on your Windows PC