The new Xbox One dashboard, as originally shown off in June. The new Xbox One dashboard, which will usher in a bunch of new features including Xbox 360 backwards compatibility, will be released on November 12. Confirmation came via a tweet by Larry “Major Nelson” Hryb very early this morning. Microsoft first showed off the “New Xbox One Experience” (that’s its official name) back at E3 in June. The dashboard interface has been completely overhauled: now, instead of looking like the Windows 8 Start screen, it looks a bit more like a Windows 10 app. The interface is very flat, with a heavy focus on typography. Perhaps most importantly, settings, games, social updates, and all of the good stuff is much more easily accessible with a gamepad. The primary focus of the new dashboard, you’ll be happy to hear, is to make it faster and easier to do things. Read 5 remaining paragraphs | Comments 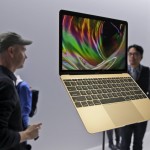