The technology of Gene Roddenberry’s Star Trek looked so far forward it could almost have been used as a visual aide to Arthur C. Clarke’s third law: technology so advanced, it’s indistinguishable from magic. Despite the fictional technological magic of transporters, replicators and warp drive, Qualcomm saw enough potential in the show’s medical tricorder to challenge the world to build one . Now, the Tricorder XPrize finally has a winner in Final Frontier Medical Devices’ DxtER. The result isn’t so much an all-in-one scanner as collection of noninvasive medical-diagnosis gadgets. Even so, its creators claim the DxtER package is better than Star Trek’s fictional tricorder. That isn’t to say that DxtER does more than the show’s magical medical scanner — unlike Star Trek’s tricorder, the winning XPrize entry is actually a small collection of specialized and smart medical devices that interact with the user’s tablet. This includes a compact spirometer that can measure the strength of a patient’s lungs, a Mono test kit, medical-grade heartrate and respiration monitors, and devices like the DxtER Orb, which doubles as a thermometer and stethoscope. These devices can’t scan patients at a microscopic level like Star Trek’s device, but Basil Leaf technology co-founder George Harris says it improves on the show’s tricorder in one key area: It’s designed for patients to use themselves. “One of the things about the tricorder in the show is that it always needed a doctor to interpret the results, ” Harris told Engadget, explaining that DxtER’s companion app helps users understand the medical data DxtER collects. “Our tricorder has the doctor built-in, so it’s both the tricorder and Dr. McCoy together.” He’s not wrong, both from a practical and narrative perspective — characters on Star Trek often didn’t fully understand what a medical scan meant unless the doctor explained it to them. Likewise, the average patient can’t accurately diagnose herself even if she has access to a wealth of medical knowledge. Just ask any hypochondriac with a WebMD addiction. Giving consumers the ability to diagnose themselves at home sounds nice, but it’s bigger than that. Harris says Basil Leaf and Final Frontier Medical Devices are working to make sure every component of the DxtER tricorder kit is FDA-approved — meaning results compiled in the kit’s app could be used by doctors with no need to rerun the same tests at the hospital. “You can take those results and take them to the ER or to your physician or whoever’s helping you, and they can build off those results, ” Harris explained. “They don’t have to start back at square one — they can jump off at that point and move on with their health care.” A consumer version is still probably years away, but Harris says the group is using the $2.5 million it received from winning the XPrize competition to help fund a 500-patient clinical trial, a key step to getting the suite of gadgets approved for use in the US and putting a “Dr. McCoy” in every home that wants one. But Harris is careful to point out that the device isn’t designed to replace a visit to the doctor’s office. “We’re not trying to replace physicians, ” he says. “We’re trying to help you, the consumer, understand their health care and also help those physicians make better decisions for those consumers.” 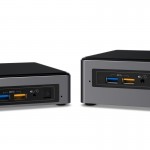