An anonymous reader writes with news that Yahoo will be ending their email service in China on August 13th. A support post on the Yahoo China site tells users how to migrate their account to a different email service called Aliyun. If they do so, their data can be migrated and they will continue to receive emails to their Yahoo address until the end of 2014. From the article: “The US Internet giant Yahoo! has come under criticism in the past over its business in China, with executives apologising in 2007 for providing evidence that Chinese authorities used to convict government critics. The company said it was legally obliged to divulge information about its users to the Chinese government but that it was unaware it would be used to convict dissidents. The end of the service will affect millions of users, the paper quoted Alibaba public relations official Zhang Jianhua as saying, though he did not have a total figure.” Yahoo also announced the closure of six other products today: Upcoming, Deals, SMS Alerts, Kids, Mail and Messenger feature phone apps, and older versions of Mail. Read more of this story at Slashdot.

More:
Yahoo Is Going To Stop Email Service In China 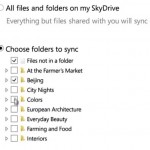