(credit: Photograph by Randy Stewart ) Yahoo, one of the Internet’s most venerable companies, won’t exist for much longer. Verizon confirmed plans to acquire Yahoo for $4.8 billion in July , and a new financial filing from Yahoo includes details of what’s going to happen next. However, Verizon has promised that—if the increasingly bumpy buyout completes—the Yahoo brand will live on. July’s proposed sale included the firm’s operating business, but it didn’t include the big chunk of Chinese e-commerce site Alibaba owned by Yahoo, and it didn’t include certain other assets, mostly shares of Asia-based companies and non-core patents. What remains, according to SEC paperwork filed on Monday, will be rolled into a publicly-traded investment company called Altaba. The size of the board will be reduced to five directors, and many key executives will leave, including—as expected—Yahoo CEO Marissa Mayer and Yahoo co-founder David Filo. Also out are Eddy Hartenstein, Richard Hill, Jane Shaw, and Maynard Webb. The departures are not “due to any disagreement with the company on any matter relating to the company’s operations, policies, or practices,” Yahoo’s filing said. Read 4 remaining paragraphs | Comments

More:
Yahoo to change name to Altaba once Verizon buys brand and operations 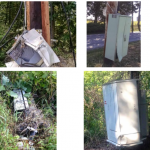