Windows 10 will be offered as a free upgrade to most Windows 7 and 8 users for one year after its July 29 launch. This has led, inevitably, to a number of questions about what happens to those who want or need to reinstall their operating system. Microsoft’s Gabe Aul has provided some much-needed clarification on this issue. On Twitter he confirmed that once upgraded , Windows 10 users will be able to perform clean installs of the operating system at any time, even after the one-year free period has ended. Users won’t be required to install Windows 7 or 8 and then re-upgrade, and they won’t need the Windows 7 or 8 product key , with Aul confirming that clean installs from an ISO will be possible. There’s still some uncertainty about Microsoft’s promise to provide free updates to the operating system for the “supported lifetime” of the hardware it’s installed on, especially in regard to the impact that hardware upgrades will have on this. This question has always been a little awkward for Windows licenses; a newly built machine clearly needs a new license (which won’t be free ), but an old machine upgraded piece by piece to be a new machine will probably be able to keep its free license, especially if the upgrades are staggered so that the product activation threshold is never hit. What does this mean for the “supported lifetime”? Is it extended indefinitely? Read 1 remaining paragraphs | Comments

See more here:
Yes, you’ll be able to do clean installs of the free Windows 10 upgrade 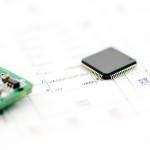