An anonymous reader quotes CNN Money: Black Friday 2017 was all about digital sales. American shoppers spent a record $5 billion in 24 hours. That marks a 16.9% increase in dollars spent online compared with Black Friday 2016, according to data from Adobe Digital Insights, which tracks 80% of online spending at America’s 100 largest retail websites… Meanwhile, malls and big-box retailers were left only slightly emptier. Early estimates from ShopperTrak, a data analytics company that measures the number of shoppers at stores, said foot traffic “decreased less than one percent when compared to Black Friday 2016.” Read more of this story at Slashdot. 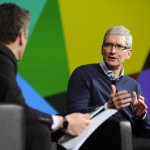