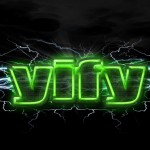 It’s never been hard to pirate movies, but for a long time, one collective has made it easier to watch the latest blockbusters than any other: YIFY. By focusing on speed, better quality rips and small file sizes, the group quickly grew to become the number one source for illegal movies, catering for the needs of millions of content pirates around the world. However, the YIFY name may soon fade into obscurity after it was revealed that its leader had been traced and named in a New Zealand lawsuit following a joint operation between the MPAA and its “international affiliates.” While many believe that its releases won’t be missed, YIFY’s shutdown will leave a big hole in the piracy market and have a knock-on effect on streaming services like Popcorn Time — at least until another group steps up.

Link:
YIFY: The rise and fall of the world’s most prolific movie pirate 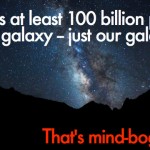 The number of planets in our galaxy alone is downright staggering

Netflix is paying Verizon for network connection to speed up video