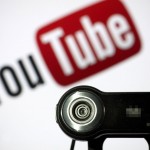 If you’re one of the few recording to YouTube straight from your webcam, the video-hosting site will soon get rid of that feature. On January 16th, you’ll no longer be able to capture video straight from the camera connected to your computer and upload it to the web. Google says the feature is “rarely used” and runs on “tech” (read: Flash ) that’s no longer supported. The tool has been around for years, debuting the same year Mountain View nabbed YouTube . Despite the direct upload abilities, it seems the feature wasn’t very popular with folks posting videos on the site. When the time comes, users will need to first save footage on their computer or mobile device before uploading via the web or YouTube apps for Android and iOS. [Image credit: LIONEL BONAVENTURE/AFP/Getty Images] Via: The Next Web Source: YouTube