The earlier reports were right when they said YouTube was working on launching its own social networking service for content creators. Instead of the “YouTube Backstage” branding, YouTube has decided to call their social networking service “YouTube Community, ” which allows content creators to use text, GIFs, and images to better engage viewers. Given the controversy surrounding YouTube in regard to demonetizing videos that are not deemed “friendly to advertisers, ” many YouTube creators have been or are thinking about leaving the site and joining competing services. These new tools are designed to help keep creators from departing to competing platforms. TechCrunch reports: YouTube has been testing the new service over the past several months with a handful of creators in order to gain feedback. It’s launching the service into public beta with this group of early testers, and will make it available to a wider group of creators in the “month’s ahead, ” it says. Access to this expanded feature set is made available to the creators and their viewers by way of a new “Community” tab on their channels. From here, creators can share things like text posts, images, GIFs and other content, which the audience can thumbs up and down, like the videos themselves, as well as comment on. Viewers will see these posts in their “Subscriptions” feed in the YouTube mobile application, and can also choose to receive push notifications on these posts from their favorite creators, YouTube says.” Only time will tell whether or not this new move will be better received than YouTube’s Google+ integration… Read more of this story at Slashdot. 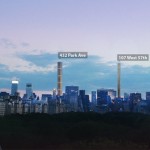 Four of America’s Tallest Buildings Are Being Built on the Same...