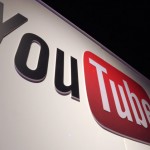 For many people, Netflix, Amazon Prime and those pirates episodes of Game of Thrones have all but replaced TV. YouTube’s another big draw for “cord cutting millennials, ” but since its videos are all user-submitted, it’s almost powerless to stop its stars being poached by TV networks and movie studios. For instance, Fred: The Movie was a flop, but YouTube must have been terrified to see one of its biggest stars wander off so easily. That’s why the site is now setting up TV-style production deals with some of its most popular creators, as well as entering movie production partnership with AwesomenessTV . The idea is that YouTube will bankroll four original series that it’ll own outright — in a similar way to how Netflix wants to lessen its reliance on its production partners . There are two scripted comedy shows, one from The Fine Brothers, the other from Smosh as well as a prank show from Prank Vs. Prank . Rounding out the list is an oddly described “murder-mystery reality series, ” which makes us hope beyond hope that it’s an ersatz remake of Unsolved Mysteries . At the same time, YouTube is teaming up with Brian Robbins, head of terribly-named studio AwesomenessTV and the figure behind Fred: The Movie . The deal will see Robbins’ outfit create “several feature-length films” over the next two years, all starring YouTube stars and premiering on the Google-owned video site. Let’s just hope that they all build into a Marvel Cinematic Universe-type situation, where Mamrie Hart leads a team of YouTube stars to fight an alien invasion led by The Gabbie Show . Filed under: Internet , HD , Google Comments Via: Deadline Source: Google

Read this article:
YouTube’s making ‘TV’ series and movies with its most popular creators