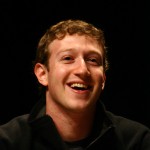 The day after a Snowden leak revealed that the NSA builds fake versions of Facebook and uses them to seed malicious software in attacks intended to hijack “millions” of computers, Facebook CEO and founder Mark Zuckerberg telephoned President Obama to complain about the NSA’s undermining of the Internet’s integrity. As many have pointed out, it would have been nice to hear Zuckerberg taking the Internet’s side before his own stock portfolio was directly affected, but better late than never. Zuckerberg’s post on his conversation excoriates the US government for its Internet sabotage campaign, and calls on the USG to “be the champion for the internet, not a threat.” Curiously, Zuckerberg calls for “transparency” into the NSA’s attacks on the Internet, but stops short of calling for an end to government-sponsored attacks against the net. In the end, though, Zuckerberg calls on companies to do a better job of securing themselves and their users against intrusive spying. It’s not clear how that will work for Facebook, though: its business model is predicated on tricking, cajoling, and siphoning personal data out of its users and warehousing it forever in a neat package that governments are unlikely to ignore. I’m told that 90% of US divorce proceedings today include Facebook data; this is a microcosm of the wider reality when you make it your business to stockpile the evidentiary chain of every human being’s actions. The internet works because most people and companies do the same. We work together to create this secure environment and make our shared space even better for the world. This is why I’ve been so confused and frustrated by the repeated reports of the behavior of the US government. When our engineers work tirelessly to improve security, we imagine we’re protecting you against criminals, not our own government. The US government should be the champion for the internet, not a threat. They need to be much more transparent about what they’re doing, or otherwise people will believe the worst. I’ve called President Obama to express my frustration over the damage the government is creating for all of our future. Unfortunately, it seems like it will take a very long time for true full reform. So it’s up to us — all of us — to build the internet we want. Together, we can build a space that is greater and a more important part of the world than anything we have today, but is also safe and secure. I’m committed to seeing this happen, and you can count on Facebook to do our part. As the world becomes more complex and governments everywhere struggle, trust in the internet is more important today than ever. ( Image: Mark Zuckerberg Facebook SXSWi 2008 Keynote , a Creative Commons Attribution (2.0) image from deneyterrio’s photostream ) 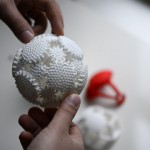 Microsoft’s Next Xbox Said To Shift To x86 Architecture Courtesy Of... 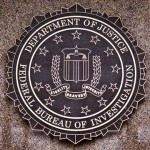 FBI can secretly turn on laptop cameras without the indicator light