Smartphones can now be used as laboratory-grade medical testing devices thanks to new kit designed by the University of Illinois. The transmission-reflectance-intensity (TRI) analyzer attaches to a smartphone to examine blood, urine or saliva samples as reliably as large, expensive equipment, but costs just $550. The technology uses a high-performance spectrometer. First, a fluid sample is illuminated by the phone’s internal white LED flash, then the light is collected in an optical fiber . The light is then guided through a diffraction grating into the phone’s rear-facing camera, and a reading is provided on-screen. Retrofitting medical technology onto smartphones isn’t anything new. We’ve already seen innovation in HIV testing and fertility tracking , for example. But researchers say the TRI analyzer boasts a wider spectrum of applications, and the relatively cheap, portable nature of the kit means it could have uses in other sectors such as animal health, food safety and environmental monitoring , as well as health diagnostics. “Our TRI Analyzer is like the Swiss Army knife of biosensing, ” said Professor Brian Cunningham. “It’s capable of performing the three most common types of tests in medical diagnostics, so in practice, thousands of already-developed tests could be adapted to it.” Via: NBC Source: University of Illinois

Excerpt from:
$550 dock turns a smartphone into a medical lab 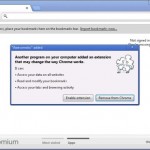