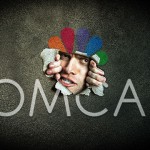 Comcast today announced  that it will boost its data cap from 300GB per month to 1TB beginning June 1, but will also charge more to customers who want unlimited data. Comcast has been trialling different caps in various cities in preparation for a potential nationwide rollout. Typically, customers would get 300GB per month and have to pay another $10 for each additional 50GB when they go over. Comcast also allowed customers to pay an extra $30 to $35 a month for unlimited data, depending on the city. After the June 1 change, fewer customers will need to buy unlimited data—but it will cost them $50 a month to do so instead of $30 or $35. Overage fees will stay the same, $10 for each additional 50GB. Thus far, Comcast has allowed customers to exceed the cap in three “courtesy months” before charging them overage fees. Read 7 remaining paragraphs | Comments

Read more here:
A Comcastic miracle: Data caps will go from 300GB to a terabyte

A never-ending ocean of 4.5 million flowers in Japan