retroworks writes: Two stories appear today which feature close up photos of young African men surrounded by scrap metal in the city of Accra. The headlines state that this is where our computers go to die (Wired). The Daily Mail puts it in even starker terms, alleging “millions of tons” are dumped in Agbogbloshie. The stories appear the same day as a press release by investigators who returned this week from 3 weeks at the site. The release claims that Agbogbloshie’s depiction as the worlds “largest ewaste dump site” to be a hoax. It is a scrap automobile yard which accounts for nothing more than local scrap from Accra. Three Dagbani language speaking electronics technicians, three reporters, Ghana customs officials and yours truly visited the site, interviewed workers about the origins of the material, and assessed volumes. About 27 young men burn wire, mostly from automobile scrap harnesses. The electronics — 20 to 50 items per day — are collected from Accra businesses and households. The majority of Accra (population 5M) have had televisions since the 1990s, according to World Bank metadata (over 80% by 2003). The investigation did confirm that most of the scrap was originally imported used, and that work conditions were poor. However, the equipment being recycled had been repaired and maintained, typically for a decade (longer than the original OECD owner). It is a fact that used goods will, one day, eventually become e-waste. Does that support a ban on the trade in used goods to Africa? Or, as the World Bank reports, is the affordable used product essential to establish a critical mass of users so that investment in highways, phone towers, and internet cable can find necessary consumers? Read more of this story at Slashdot. 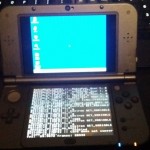