EA A new cinematic trailer for the next announced Star Wars video game, Battlefront II , was briefly advertised on an official EA Twitter account before being deleted. As of press time, mirrors of the video still haven’t been taken down. Normally, an all-sizzle, no-gameplay trailer doesn’t constitute a reason to break into your regularly scheduled news feed, but the trailer does hint at new things for the multiplayer-focused series, including an expansion to “all eras” and a possible new-character campaign. The trailer opens by focusing on an unidentified woman, and she shows up at the same time as the climactic moment of Return of the Jedi . We see the woman among a group of apparent Imperial guards—clad in mostly black, helmeted armor with red accents—who look up and see the in-construction Death Star explode. This unnamed woman is the only one without a helmet on, and she looks up at the explosion with astonishment, not anguish. Moments later, a TIE Fighter flies through the busted Death Star’s debris, and then we see the same kind of black-and-red helmet in a TIE Fighter cockpit engaging hyperdrive. Since this was combined with teaser text about “a new soldier’s story,” it’s not crazy to expect a structured campaign as a result, in which players use the new character to complete missions within the game’s multiplayer battlegrounds. Read 3 remaining paragraphs | Comments

See the original post:
“All eras” of Star Wars come together in revealing Battlefront II trailer 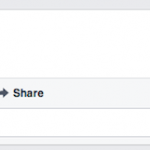