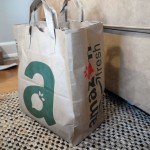 Amazon warned late last year that it would eventually require a $299 yearly membership just to use its AmazonFresh grocery delivery service. And like or not, the internet giant is making good on its word: shoppers in New York City, Philadelphia and Seattle (and possibly other cities) are finding out that they need that pricey Prime Fresh subscription before they can go food shopping. The outlay gives you free delivery on all orders over $50, on top of the benefits of a regular Amazon Prime membership, but it’s now considerably more expensive if you only occasionally want groceries shipped to your door. So far, tests that would open the door to standard Prime members (who’d always pay delivery fees) haven’t led to anything concrete. The pricing doesn’t stack up well next to rivals like Instacart, which both costs less up front ($99 per year) and waives the delivery fees at a lower threshold ($35). However, it’s doubtful that Amazon will have a change of heart in the near future. The company is one of the old hands in the online grocery delivery business, and it had a long time to do the math — it’s likely convinced that an all-encompassing $299 plan is more sustainable than a groceries-only option. [Image credit: Andrew Hitchcock, Flickr ] Via: GeekWire Source: AmazonFresh

What Happened to the Guy Who Created the World’s First Viral... 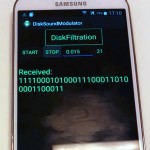 Your hard drive’s sounds could help hackers crack your system