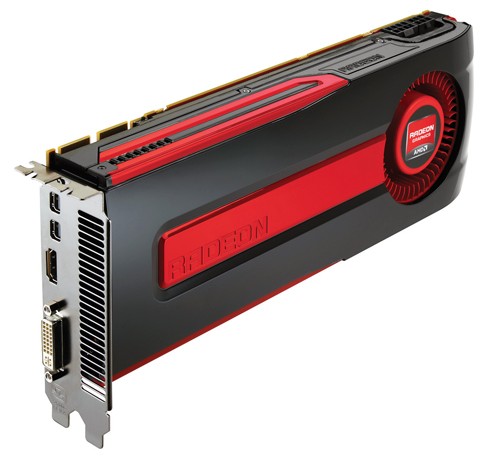 A fresh contender for your blow-out 2012 Olympic gaming rig: AMD’s first 28nm GPU, the Radeon HD 7970. It’s scheduled to arrive on January 9th, priced at $549 — nearly $200 more than its direct ancestor, the 6970. Then again, this newcomer packs some supremely athletic specs, including a 925MHz engine clock that can be readily OC’d to 1.1GHz, 2,048 stream processors and an uncommonly muscular 384-bit memory bus serving 3GB of GDDR5. At the same time, AMD hopes to make the card more practical than the dual-processor 6990 by bringing the card’s power consumption down to less than 300W under load and a mere 3W in ‘long idle’ mode, and promising quieter cooling thanks to improved airflow and a bigger fan. We’ll have to wait for benchmarks in January before we hand out any medals, but in the meantime NVIDIA’s forthcoming 28nm Kepler GPU might want to step up its training schedule.