Windows 8 and the holidays have failed to give PC makers the usual yearly bump in sales, and now Advanced Micro Devices is paying the price. The company announced yesterday that it has reduced its chip manufacturing orders for the last three months of the company’s 2012 fiscal year by more than 75 percent, and it will pay a heavy penalty for the changes. In a new agreement signed with manufacturing partner GlobalFoundries , AMD reduced its promised silicon wafer purchases to just $115 million, down from $500 million, while agreeing to pay a $320 million penalty for the order change over the next year. AMD spun off GlobalFoundries in 2009, and in March of 2012 it  sold off its remaining stake in the company , leaving an investment arm of the government of the United Arab Emirates as the company’s sole owner. The move is part of an emergency plan to keep AMD’s cash on hand up as revenues continue to slide. On a conference call yesterday, AMD interim Chief Financial Officer Devinder Kumar said, “Liquidity and cash management remain a key focus for AMD.” The chipmaker is still looking for a permanent CFO to fill the gap left by Thomas Seifert, who bailed on the company in September “to pursue other interests.” Read 4 remaining paragraphs | Comments 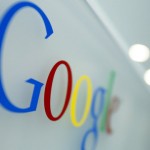 Google Supposedly Paid Off AdBlock Plus to Not Block Google Ads