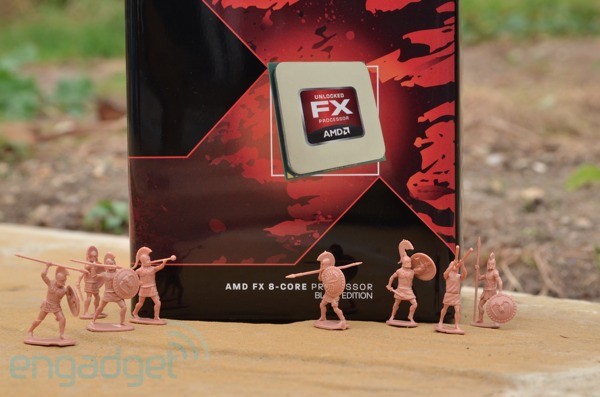 Like Hugh Hefner (probably), AMD took a good hard look at its lineup this week and decided it was high time to add a pair of models. Two new Bulldozer-powered FX CPUs will join the pantheon of world-record beating chips in the company’s constant fight against the forces of Intel. The quad-core FX-4170 has a 4.2GHz CPU with 4.3GHz Turbo mode (for more on AMD’s Bulldozer architecture, see here) while the six-core FX-6200 has a 3.8GHz base clock and a 4.1GHz Turbo mode. Availability will vary by region as the company shuttles out the new silicon on a rolling timeline, but we’d start keeping our eyes peeled next time you’re down the shops. To celebrate, AMD is hacking down the price of the top-end FX-8150 from $245 to $185 and you should see a similar price drop from outlets filter through shortly. After the break we’ve got all the stats we were able to type about these slices of silicon before our palms got sweaty.