After a lengthy beta period that began in January, Google released Android Nougat 7.1.2 on Monday. Images and OTAs  are up on Google’s factory image page , and a rollout has started to creep across the Google device landscape. Google is releasing the update for the Pixel, Pixel XL, Pixel C, Nexus 6P, 5X, and Nexus Player. As we reported during the beta release, 7.1.2 marks the end of the line for the Nexus 6 and Nexus 9, Google’s flagship devices from 2014. Read 6 remaining paragraphs | Comments 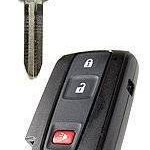