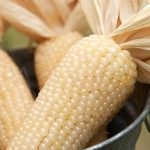 Chiot’s Run Last year, a French researcher made waves by announcing a study that suggested genetically modified corn could lead to an increased incidence of tumors in lab animals. But the way the finding was announced seemed designed to generate publicity while avoiding any scientific evaluation of the results. Since then, the scientific criticisms have rolled in, and they have been scathing. Now, the editor of the journal that published it has decided to pull the paper despite the objections of its primary author. The initial publication focused on corn that had been genetically engineered to carry a gene that allowed it to break down a herbicide. French researchers led by Gilles-Eric Séralini fed the corn, with and without herbicide, to rats. Control populations were given the herbicide alone or unmodified corn. The authors concluded that the genetically-modified corn led to an elevated incidence of tumors and early death. But even a cursory glance at the results suggested there were some severe problems with this conclusion. To begin with, there were similar effects caused by both the genetically engineered crop and by the herbicide it was designed to degrade. None of the treatments showed a dose effect; in some cases, the lowest doses had the most dramatic effect. And, if the treatment populations were combined, in some cases they were healthier than the controls. Tests of whether the results were statistically significant were completely lacking. Read 8 remaining paragraphs | Comments