Apple has managed to pull in some extremely impressive numbers when it comes to its flagship mobile phone. While iPhone sales overall had begun to decline over the last quarter, that didn’t stop the company from selling its one billionth iPhone last week. Apple’s CEO announced the milestone today during a special employee meeting in Cupertino this morning. Tim Cook, Apple CEO, thanked employees for “helping change the world every day, ” noting that Apple has “always set out to make the best products that make a difference.” The billionth iPhone was sold about two years after Apple sold its 500 millionth iPhone. That’s a lot of units, and with the impending launch of additional phones to its line, it’s likely to sell a whole lot more in the future. Via: TechCrunch 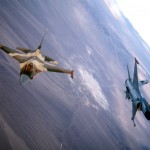