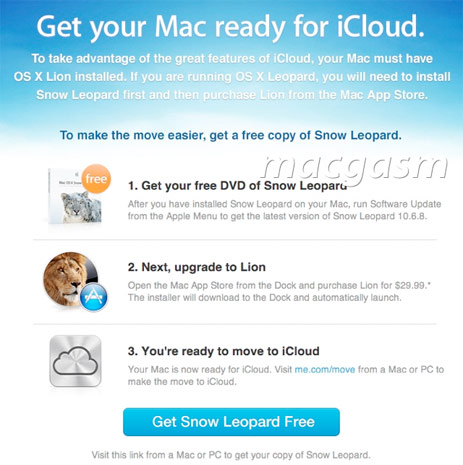 Mama had it right — procrastination is bad — but mama never knew Apple. For Leopard users still clinging tightly to their MobileMe account, it looks like the path to iCloud just got a wee bit cheaper. Qualifying MobileMe holdouts are reportedly receiving email notifications that point them to a special portal; behind a registration form, folks are finding a free copy of OS X 10.6 (on DVD, no less). The goal here is to get customers to make yet another jump to Lion (an extra $29), but the idea of keeping most of that cloud functionality via iCloud is certainly enticing. As MacNN so accurately points out, it’s odd that Apple’s not including the $69 USB drive version of Lion, which contains the ability to boost even Leopard users to OS X 10.7. If you’re one that generally skips out on reading those automated Apple emails, you might want to make an exception for this one.