Apple has just released the final build of OS X 10.10.2, the second major update for OS X Yosemite since its release. Version 10.10.1, published just a month after Yosemite’s release, focused mostly on quick fixes for the new OS’ most noticeable problems. Apple has been issuing betas for 10.10.2 since November, though, and a longer testing period usually implies that there are more extensive fixes. First up, the new release is supposed to fix more of the Wi-Fi problems that some users have been experiencing since Yosemite’s launch. 10.10.1 also included Wi-Fi fixes, though it apparently didn’t resolve the problems for all. The new update will also address “an issue that may cause webpages to load slowly” and improve general stability in Safari, all of which should go a long way toward improving Yosemite’s network and Internet performance. Several privacy and security problems that we’ve reported on have been resolved in 10.10.2, as well. Though Apple will still share limited search and location information with Microsoft to enable Spotlight’s Bing-powered Web searching feature, the company has fixed a bug that caused Spotlight to “load remote e-mail content” even when the setting was disabled in Mail.app itself. Our original report describes why this is a problem: Read 3 remaining paragraphs | Comments 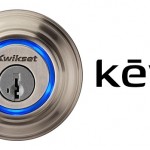 Mitel Buys Polycom For $1.96B In Enterprise Communications Consolidation Play